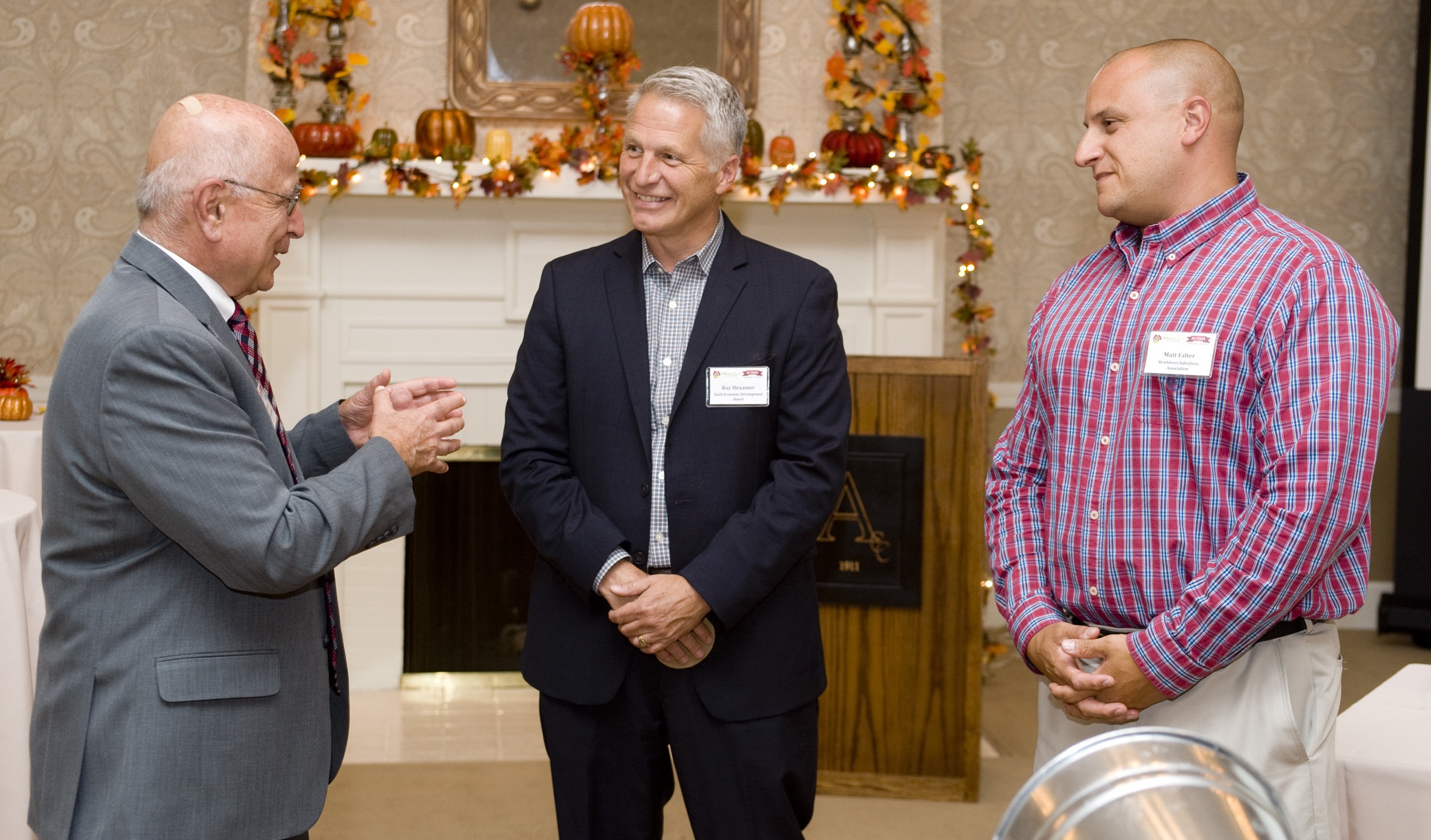 Alliance Area Development (AAD) celebrated 20 years in the community at its annual meeting Tuesday evening at the Alliance Country Club.

Todd Pugh, chair of the AAD Board, welcomed the more than 120 guests and thanked them for their involvement in the area’s economic development efforts.

Harry Paidas, interim president of AAD, traced the history of the organization and presented a 10-minute video, produced by Frank Greiner of HDWerks.

As the evening progressed, several historical highlights were noted:

According to John Christian, there was a feeling that Alliance was not getting the attention it deserved and it was important to get local civic leaders together to form an organization.

In May a breakfast meeting at the Alliance Country Club introduced local businesses to the concept of an economic development organization that became the Alliance Area Development Foundation, AADF.

In September, the first AADF board meeting took place. What followed was nothing short of miraculous:

Several committees followed with various functions. Key players included past presidents of the Chamber of Commerce under the direction of Connie Pyers and prominent banker Larry Pyers, who was eventually named chairman of the executive committee.

A key component in those early years was fundraising, which was led by the marketing expertise of Dick Elliott who had spent his life in media work.

The fundraising group generated the enthusiasm needed and Mount Union President Harold Kolenbrander, who spoke at the kickoff breakfast, was the catalyst for bringing town and gown together.

The first person hired was Pam Richardson, who was charged with being office manager and helping organize the group. After a lengthy search, Mike Campbell became the first president in 2000.

The First Annual meeting was held in 2000 and the mission and objectives were established.

Perhaps the highlight of the last 20 years was the announcement that the westside industrial and commercial park using the property owned by entrepreneur Jim Stout, who founded Coastal Pet Products, would become a desirable location for area manufacturers and businesses.

Robertson's, Terry’s Tire Town, Trilogy and Winkle located their headquarters during the early 2000s as the area continued to grow. On the east side of town, Morgan Engineering, under the leadership of Mark Fedor, was expanding.

Meanwhile, AAD underwent a leadership shift and Tom Pukys was hired to replace Mike Campbell as the organization’s president.

In the ensuing years, AAD expanded and broadened its reach:

A close working relationship with city government and the Chamber has been a key to the success of AAD.

AAD also forged stronger relationships with the Stark Development Board (SDB) headed by Steve Paquette. Collaboration became a key component to AAD’s success. AAD has successfully collaborated with Stark County on several projects, and currently enjoys exchanging information with Ray Hexamer, who chairs SDB, and the resources they provide.

AAD also became active in marketing the area, launching an extensive “Make It Yours” Campaign to build pride in those who are here and attempt to attract new industry.

In 2014 Pam Richardson retired as the office manager and was replaced by Lidia DeGrange. Pukys served the organization well until 2017 when he left to take a position with Wayne County.

In the ensuing months, Harry Paidas was hired to serve as interim director and, with the board, developed a strategic plan and marketing plan to set the tone for the future.

The four components of the current strategic plan bear similarities to the original objectives:

As AAD celebrates its 20 years, it can be proud of its accomplishments.

From a four-person meeting at Taster's Choice in the late 1990s to a vital force in economic development in the region, AAD has thrived and will continue to thrive into the foreseeable future.